Nightmare Breaker is a Gameboy style Castlevania (the good ol' Castlevania!) 'em up put together for GBJam 2019.

The graphics are an 11/10, I love how you could make it look all grungy even in backgrounds using only 2 colors.

The gameplay though, if I'd realized on the first screen that the falling platforms are actually two parts that don't fall together I might have been a little less frustrated but I didn't notice until the second screen. Thanks for the checkpoint at the screen transition though, if it wasn't for that I'd probably have given up. Second screen was way easier than the first one though which felt odd. The spot with the multiple buzzsaws looked hard but was way easier than the area with buzzsaws on screen one.

Short 'n'  sweet GBA game, Only had one death so im guessing the difficulty tweaks made a difference

a challenging but fun game with great graphics and music. just needs that baby mode lol. also, best ending ever.

Hey. I've updated the game based on your video. have another go. See if it's any less cheap this time!

Strange, the controls lock on second scene for me. 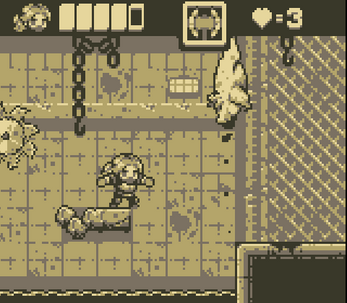 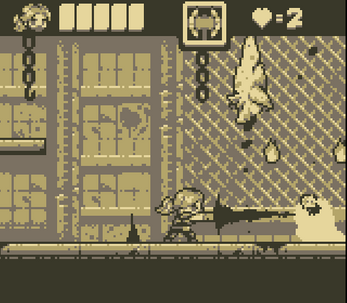 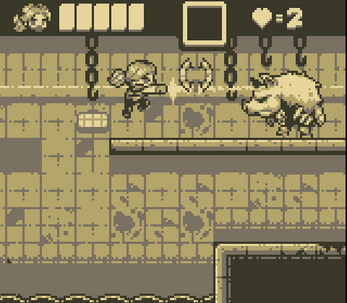